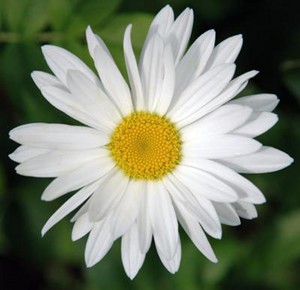 When Daisy started, it had several competitors, including Matchless, Atlas, and Heilprin. In fact, the Markham Air Rifle Company had created a mostly wood and rather crude-looking rifle in 1886. Two years before Daisy got its start. Although they were competitors for many years, Daisy ended up buying Markham in 1912, renaming it the King Manufacturing Company in 1928 and dissolving it in 1931. None of these competitors, however. Possessed Daisy’s phenomenal business and marketing sense, nor its excellent product line. As a result, most of Daisy’s early competitors faded away. Over the next century, other companies came and went, hut none ever really challenged Daisy in the gun field.

Aside them possessing a winning product and practicing good business sense, perhaps Daisy’s best policy early on was to follow national trends, patriotic sentiments, and favorite American icons, both fictional and real. In 1916, at the height of World War 1, Daisy followed the prevailing pro-war climate and produced the military-looking Model 40 Defender rifle for the Future Defenders of America, as stated in a 1917 advertisement.

During World 11, the company came out with a similar model the 140 left hander -and accompanying advertising campaign.
The 1930s and1940s were the heyday of Daisy lines and advertising. As advertising soared throughout the nation. Daisy developed creative ads depicting real American heroes and famous sports figures.

However, perhaps the most famous cowboy to promote aDaisy rifle or any Daisy product, for that materialized the fictional comic strip character Red Ryder. Launchedin 1940. the Red Ryder Rifle remained the most recognized and desired BR rifle for the next two decades, long after the comic strip had declined in popularity.

In the 1950s, to cut costs in an increasingly competitive market, Daisy switched to more economical production methods. Painted metal replica the more expensive metal bluing process, and the new plastics of the’ era slowly replaced wooden stocks and forearms. Daisy continued to do well in the 1960s with imaginative and popular rifles like the Spittin’ Image series that imitated real-life rifles.

The first Spittin’ Image rifle. introduced in 1961, was the Model 194, a close copy of the Winchester 94. Daisy expanded the series in 1964 when it unveiled the Model 572 Fieldmaster, a replica of the .22-caliber Remington Ficldmaster. In 1972, the original
Red Ryder rifle was brought back as a ‘Spittin’ Image model.

Still riding high in the 1960s and l970s, Daisy produced several special models, including the Buffalo Bill. the Target Special, and variations of the ever-popular Model 25 and Red Ryder rifles. At the same time. Daisy was diversifying its product production by adding more powerful and accurate BB and pellet guns powered by compressed air and CO2 gas cartridges. Now more than 100 years old, Daisy remains one of the’ leading manufacturers in the airgun industry-many still dream of their first Daisy RB rifle.

Comments are closed, but trackbacks and pingbacks are open.